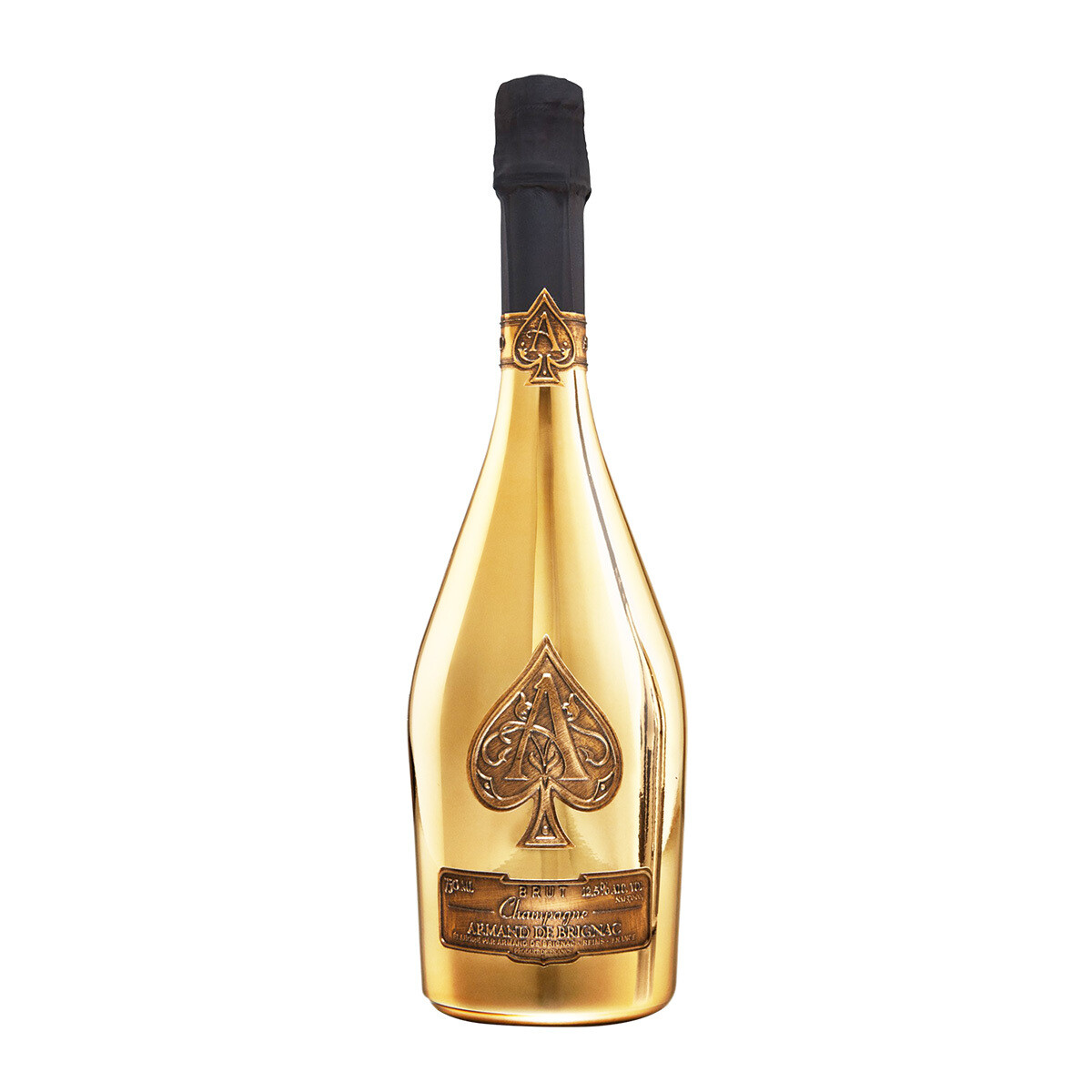 Decanting Time: Not applicable and we recommend at this level of Champagne a wide glass like for white wines could be an amazing experience that a flute. Please pop and serve at 10-12°C.

Good to know: Armand de Brignac, colloquially known as the "Ace of Spades" after its logo, is the name of the tête de cuvée. Champagne brand produced by Champagne Cattier and sold in opaque metallic bottles. The brand's first bottling, Armand de Brignac Brut Gold, is identifiable by its gold bottle with French pewter Ace of Spades labels.

The Armand de Brignac champagnes are produced in a multi-vintage style (like Krug's Grande Cuvée), and the Brut Gold cuvée is a blend of the grape varieties Pinot Noir, Pinot Meunier, and Chardonnay. Two other cuvées, a Rosé and a Blanc de Blancs (100% Chardonnay), were released in 2008. In 2015, a Demi Sec and a Blanc de Noirs (100% Pinot Noir) also joined the range.

The original "de Brignac" name was registered by the Cattier family in "the late 1940s or early 50s", according to Jean-Jacques Cattier. It was chosen at that time by his mother, who had been reading a novel featuring a character named de Brignac. Dormant for decades, the brand was revived for the new champagne after adding the name Armand. This was required by the French industry group Comité Interprofessionnel du vin de Champagne (CIVC) to avoid any confusion with the northwestern French village of Brignac, sitting just outside of the Champagne region itself. In November 2014 it was announced that the champagne brand had been bought by a company led by Jay-Z.