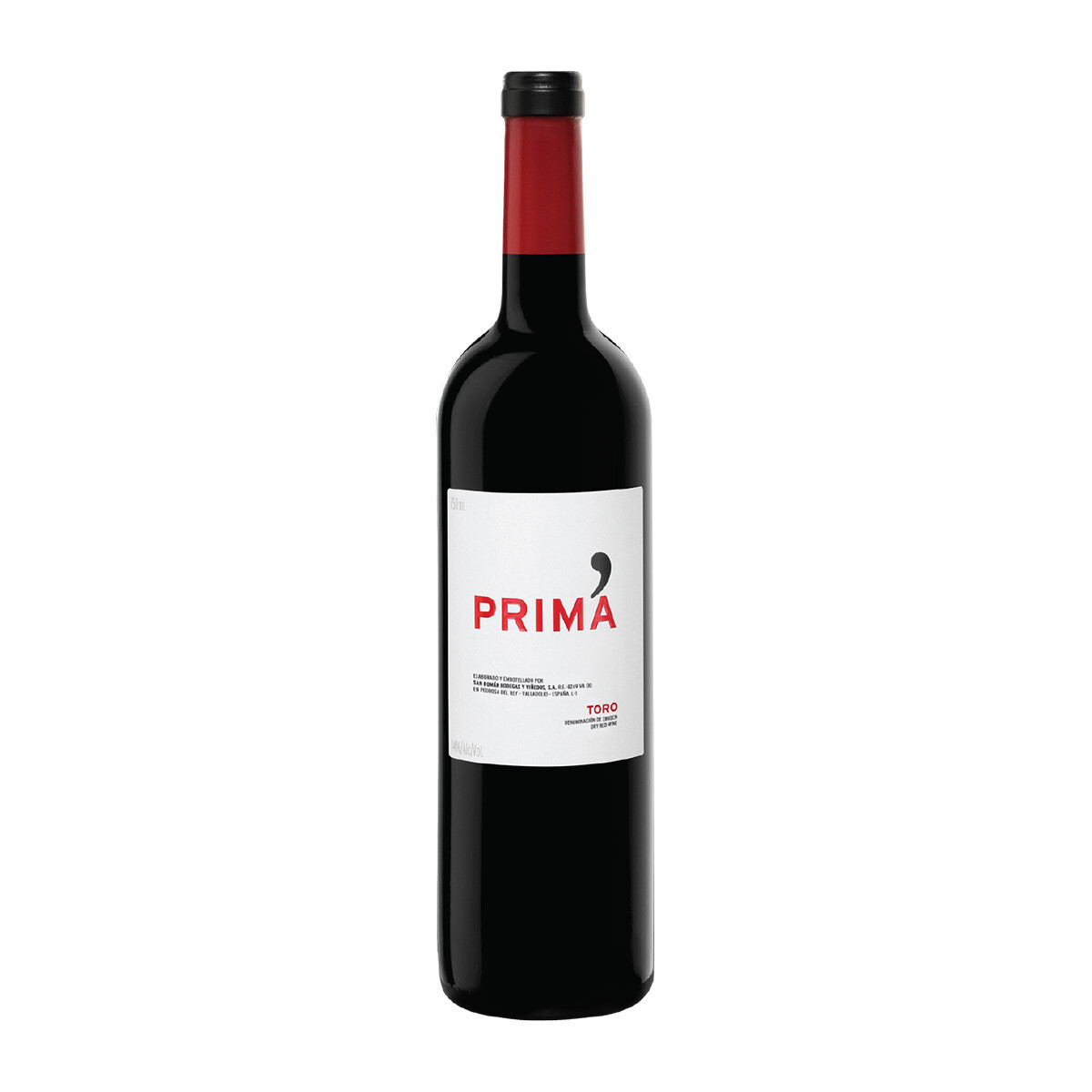 Decanting Time: decant for 1 hour and serve at 18°C.

Good to know: The value for money red 2017 Prima was produced with Tinta de Toro , Garnacha and other red grapes. It fermented in stainless steel, including malolactic, and matured in French and American oak barrels and foudres for 12 months. They are increasing the percentage of foudres used, trying to respect the fruit. It has nice fruit and good freshness, and it's lively and fresh. This is approachable and drinkable, with a nice, soft texture, kind of light for a wine from Toro, in a way reminiscent of a red from Douro (Portugal). A soft, lighter and fresher style.

As a curiosity, It was the first wine in which larger capacity barrels were used, up to 4,500 liters and has a greater diversity of vineyards with different varieties, soils, and ages of the vines, in order to deepen its freshness and fruit nuances. Prima has allowed the winery to innovate from tradition and at the same time is very accessible to everyone without loosing the depth.

Bodegas y Vinedos San Roman is a family owned winery that was founded by iconic winemaker Mariano Garcia in 1998 as Bodegas y Vinedos Maurodos. Mariano Garcia was the winemaker of Vega Sicilia for 30 years (late 60s to late 90s). His vision was to produce world class wines which balanced freshness and longevity in the bottle against the renown power of the region’s wines.

In the late 1990s his two sons Alberto and Eduardo joined the team, as director of operations and technical director respectively. They own 100 hectares of vineyard in the villages of Villaester, San Roman de Hornija, Morales de Toro and Pedrosa del Rey. The vineyards are planted mainly with Tinta de Toro, a local clone of Tempranillo that has adapted to the local region. In general the vines offer smaller berries and bunches than Tempranillo in other regions, and yields wines that offer deep colors, intense aromas and robust structure.

In recent years the winemaking team, under Eduardo’s direction, has been producing wines in a fresher style, harvested at the optimum moment to balance freshness and richness. This leads off with intense attention to farming exceptional grapes using organic methods and some biodynamic concepts and practices.