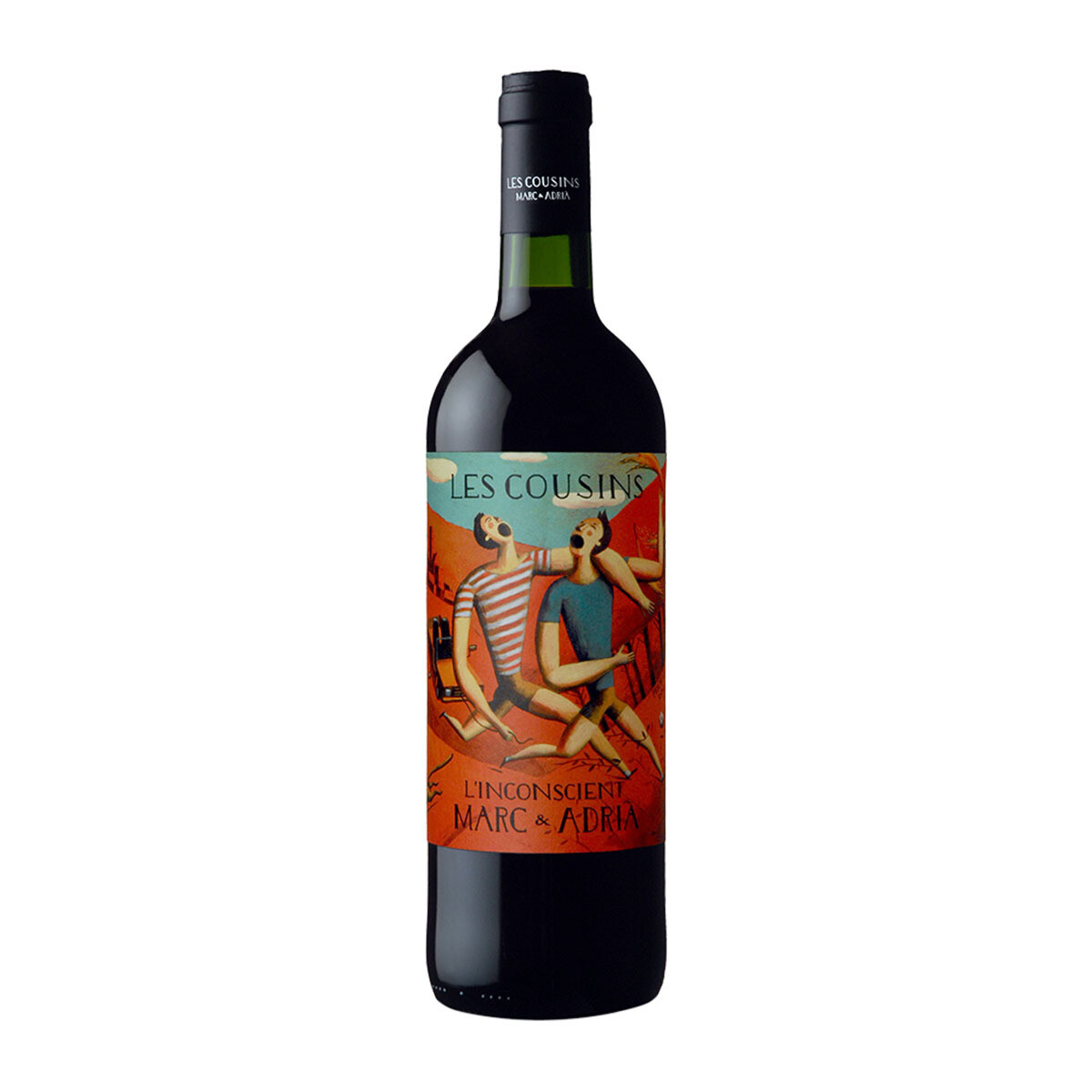 Cims de Porrera's Cims de Porrera Les Cousins "L'insconcient" 2019 is a delectable and enjoyable wine! Not to be taken too seriously but to be enjoyed amongst friends and family. Despite its playful winemaking approach, the wine has an incredible charm and is quite intriguing especially for both new and experienced wine drinkers. The nose is very fruit forward with red berry notes mostly dominating the aromas. Nuances of black fruit, mostly currant and plum, however, also emerge as undertones. The palate is beautifully rounded and quite fleshy. Confirming the nose, the palate is just as fruit driven with additional nuances of baking spices, vanilla and a hint black pepper. The finish has decent length and rounded out with brilliant acidity and fruity afternotes.