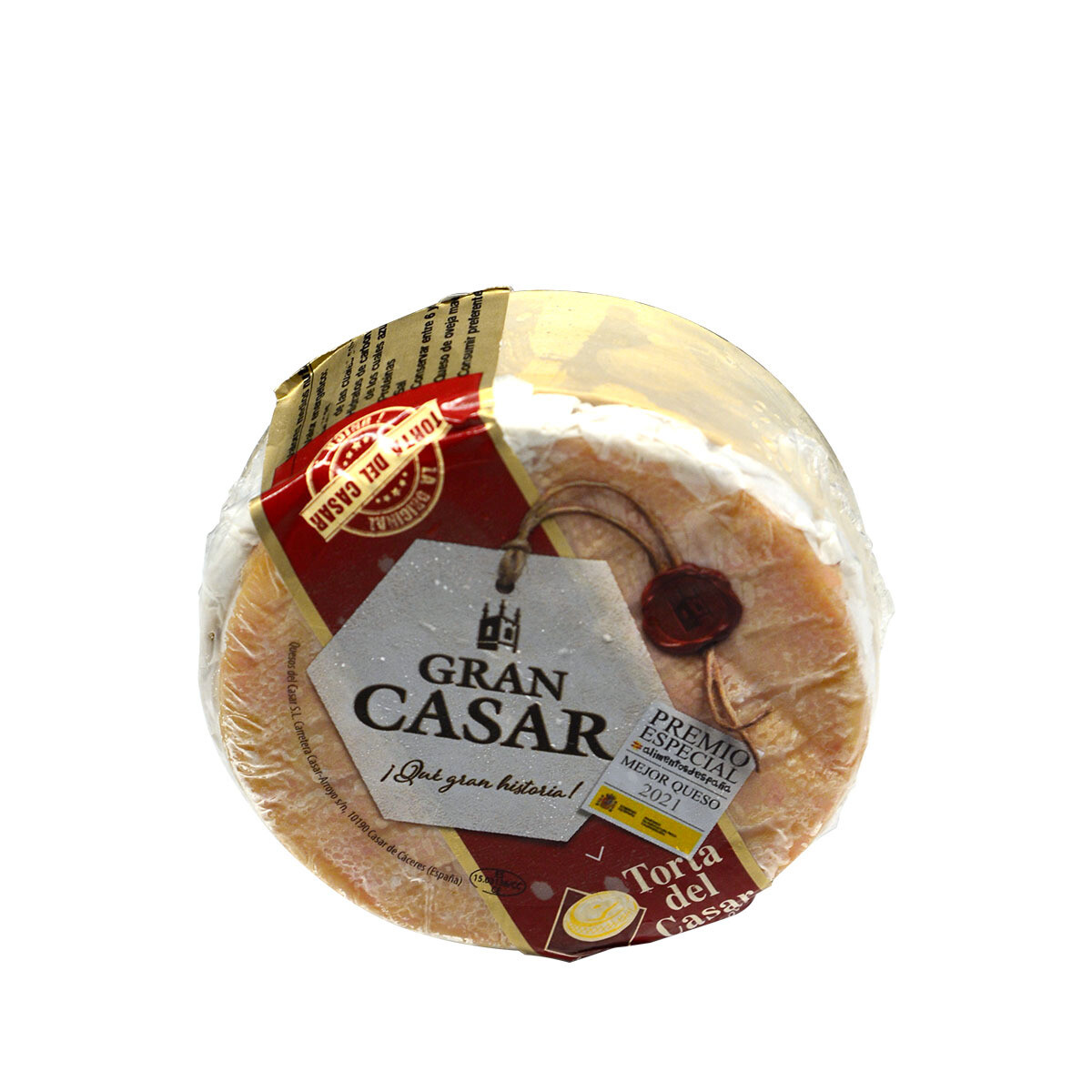 The name “Torta del Casar” refers to the shape of the cheese. The shepherds who made the cheese noticed in the past that the milk from the sheep they took would sometimes not harden inside. It remains semi-liquid and could not support it’s own weight and collapsed into a shaped that we now see today. They call it “artorado” as it reminded them of disk shaped cakes called “Tortas” rather than the traditional cheese shape.

“Torta del Casar” is an all-natural cheese. From raw sheep’s milk, it is made using traditional techniques, adding only rennet and salt which is then matured for more than 60 days.

Inside the semi-hard rind is a very creamy texture. A white to yellowish color that pours out when the cheese’s rind is cracked. It has a noticeable aroma and well developed and intense taste. The cheeses dissolves on the palate and is slightly salty and a little bitter – from the vegetable rennet used.

Serving suggestion: To best enjoy the “Torta del Casar” cheese, it should be first brought to room temperature before eating. If cold, you may not appreciate fully all its qualities. To open, use a sharp knife to cut the top of the cheese as if opening a lid. Be careful not to break it. It reveals the creamy inside of the cheese which is now easily accessible. You can use a butter knife to spread the cheese on fresh or lightly toasted bread. Put back the “lid” once done eating and store in a cool place.

If not to be eaten immediately, cut into smaller portions and wrap individually in a cling wrap while it’s still cold. This is so the cheese is still solid and easier to slice apart. Only warm out the portion you will eat.