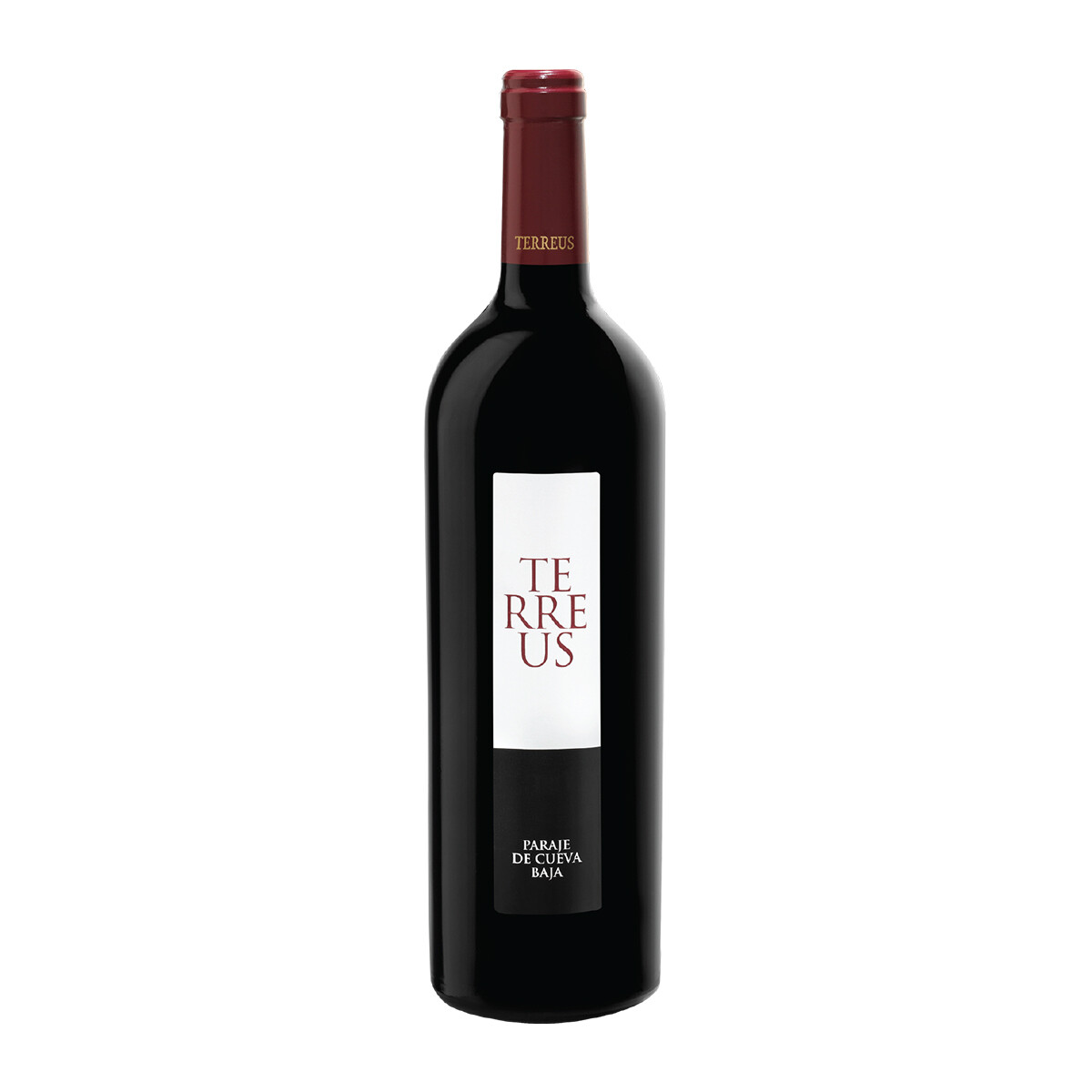 Good to know: its very interesting how this wine was born. In the vintage of ‘96, Mariano Garcia separated the grapes from this vineyard for the first time to make an independent vilification to design a single vineyard wine marked by the personality of the terroir that is only made in excellent years from that area and when an excellent ageing potential is envisaged.

The Vineyard (named Cueva Baja) is an old vineyard of 3 hectares, El Almendro, nestled in the fields of Cueva Baja in Tudela de Duero, was the origin in of Terreus ("made of the earth"). Located at between 740 and 800 metres above sea level, Cueva Baja has a microclimate that guarantees sufficient sunlight and moderate rainfall. The soil is clay-calcareous, its composition is balanced and structured and enjoys a good mineral supply. The subsoil consists of a high quantity of clay that facilitates the obtainment of water in periods of low rainfall. Since 2012, Terreus has incorporated a selection of younger vines that were planted in the same spot on slopes at higher altitudes on soils with a high calcareous content, in the vineyard of La Senda.

Since 1978, Bodegas Mauro has been characterized for producing quality red wines with vocation for ageing and limited production. Wines which are balanced, opulent and sensual, which express the identity of the terroir, the characteristics of the grape varieties and personality of the wine maker.

The winery was founded by Mariano García, a legend of Spanish winemaking with 50 vintages behind him and winemaker for Vega Sicilia for 30 years. The name of the winery is the tribute that its founder dedicates to his father. In the late 1990s his two sons Alberto and Eduardo joined the team, as director of operations and technical director respectively.

On the Spanish wine scene, Mauro produces wines with a modern style but with roots, devoted to tradition and with signs of self identity which make them recognizable.