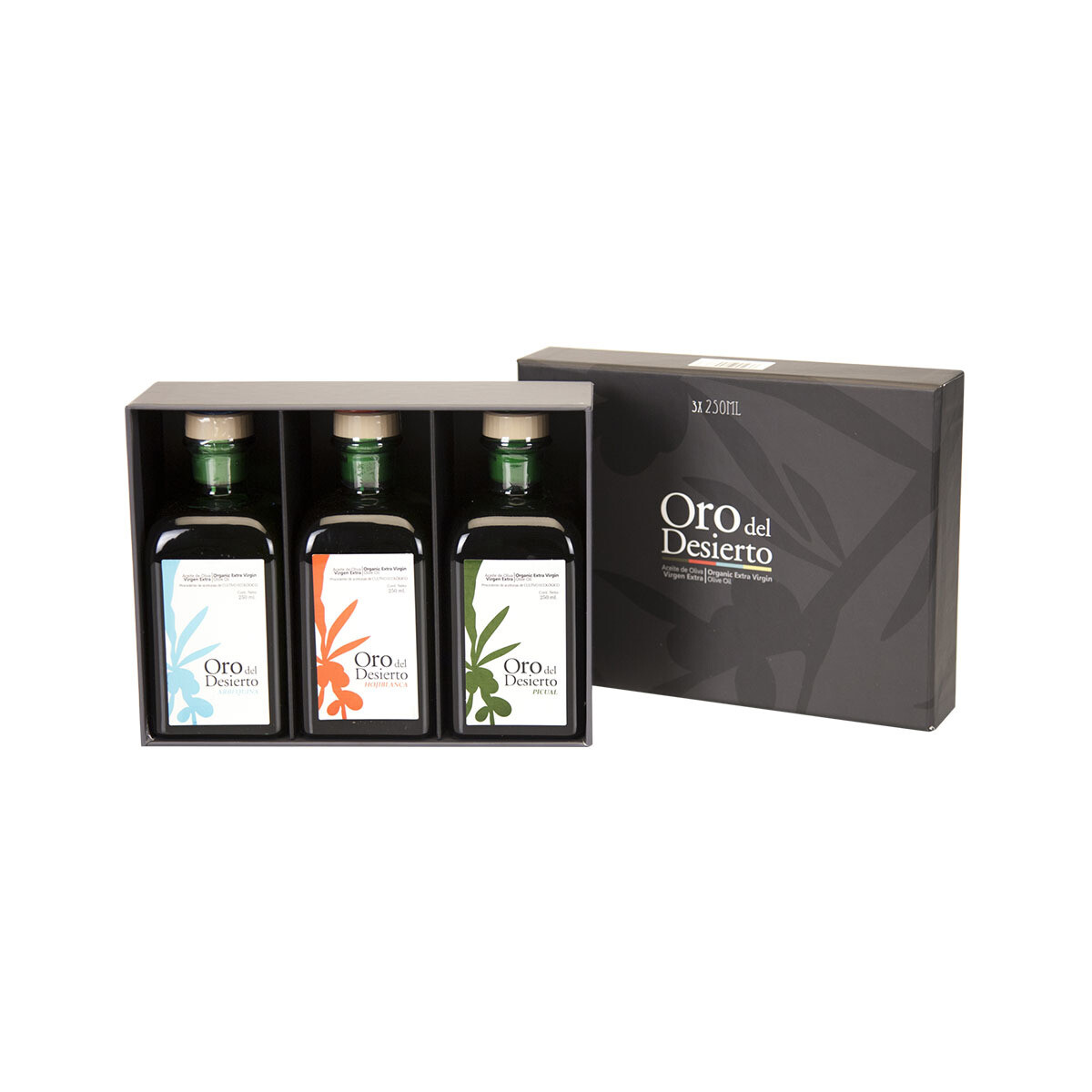 Good to know: This olive oil is carefully selected by the master taster and blender. The first oils produced between the end of October and beginning of November from Arbequina, Hojiblanca and Picual varieties. These oils are stored in 2000L tanks where they are analyzed and then selected in varying quantities and blended to create a superb olive oil with a limited production. Olives are early harvested (75-80% still green).

Rafael Alonso Aguilera, coming from a family of traditional farmers, having dedicated himself to other things in his life, decides to start working in agriculture fully in 1995, and that's when he took over the family farm inherited from his ancestors. Almond trees, vines and olive trees have been located in this farm since time immemorial, opting to convert most of the land into an organic olive grove.
The choice of this cultivation philosophy is not by chance, but as a continuation of the work carried out by his ancestors, who always cultivated the land in a traditional way without using synthetic inputs.

The dream of this small company was to make their own extra virgin olive oil and market it under their own brand in order to obtain a high quality product and added value. Finally they decided to acquire an old oil mill that dated back to 1925, which was unique in Almería and had been abandoned since the 1970s