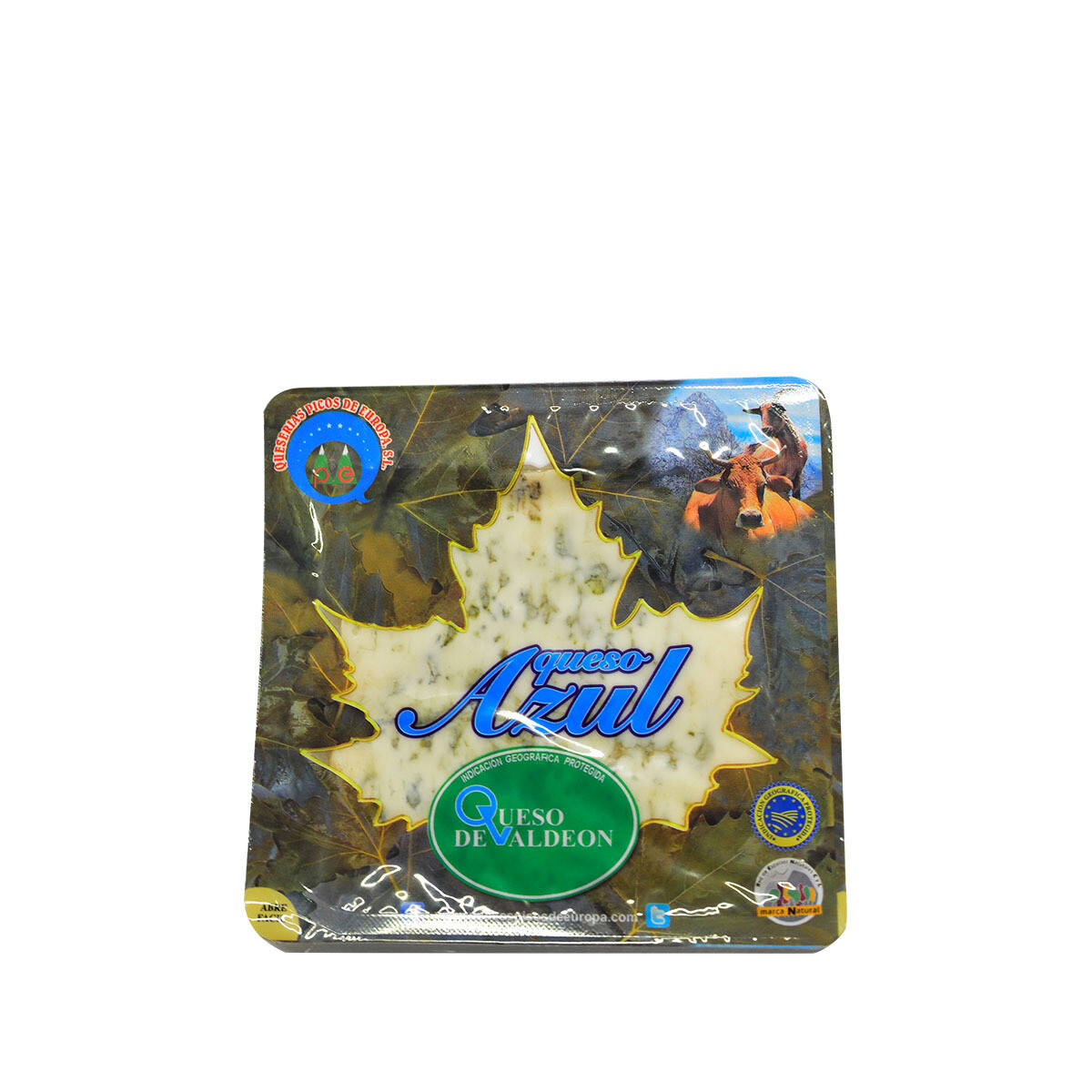 The Valdeon Blue Cheese is made in Picos de Europa. A famous mountain range in the North of Spain that extends through 3 communities: Asturias, Leon and Cantabria. Its official production facility is located in Leon. The Valley of Valdeon is located at the heart of Picos de Europa, in between impressive limestone, lush forest and unique climate.

The Cheese production in Valdeon Valley is dated back in pre-Roman times. The rich pasture of the valley results into an excellent nutrition for the cows and goats which allows production of amazing milk.

Production of homemade cheese began back in the 19th century. The knowledge is passed down from generation to generation and has remained part of their culture. Txanton’s partner - Queserias Picos De Europa-Posada de Valdeon was founded in 1970.

Valdeon blue cheese is made with cow and goat milk. The milk is pasteurized and as curds start to form, the makers choose from the curds and create the wheel. They consider cheese making not just as a process but also an art as the paste formation will directly affect the flavor of the cheese. Finally, salt is added by the cheese maker for proper maturation.

The valley has an important natural barrier that holds a microclimate which allows the microbial flora to flourish which creates the blue cheese of Valdeon. Maturing is a long process, when it’s ready for consumption, the cheese base will have a clear white color with a soft texture and small cavities where the gray and blue mold thrives. It takes a minimum of 2 months to age the cheese.

This cheese was recognized nationally and internationally proving it to be the best gastronomic product in the history of Leon. It was also the second best cheese of the world in 2017.

Valdeon Cheese works best as spread, pasta, salad, dips, nuts, bread and also as meat sauces. Slightly spicy to taste. As it gets older, the spicier and stronger it gets. Shelf life is usually between 201 and 270 days.