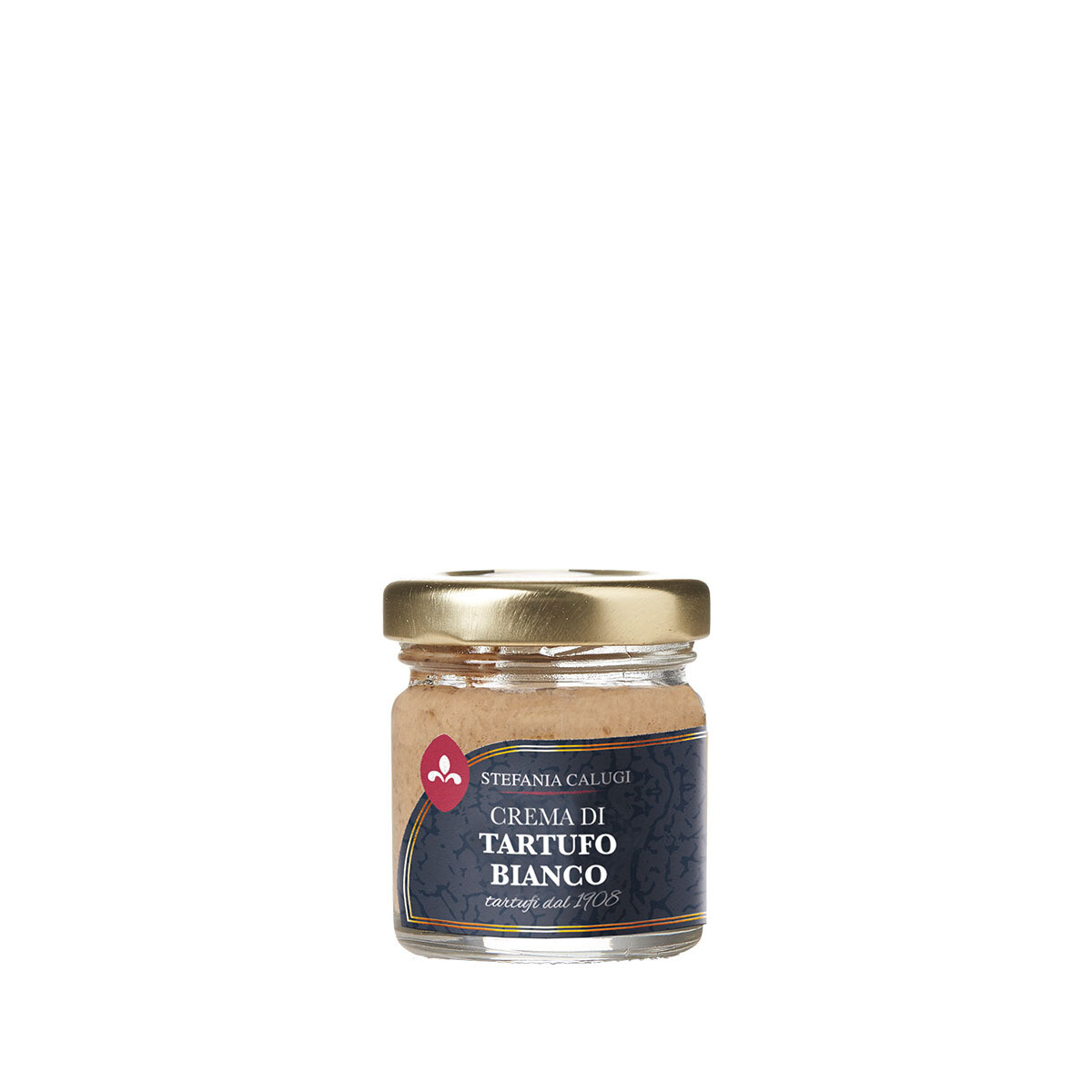 Good to know: This Cream of White Truffle has sunflower oil. This truffle concentrate is to be diluted with soft cheeses like Philadelphia cheese to get your truffle bruschetta. Perfect on meat, you can add a bit of olive oil or butter as a sauce for first courses.

Once opened, make sure to keep in the refrigerator between 0 and 4 °C. Please consume within a few days of opening to get the best taste experience.

Stefania Calugi Tartufi rooted back in the 19th Century when her great grandfather – Antonio down to her grandfather, Guido. With their history, Stefania’s father – Renato also acquired a great passion for truffles and eventually became his job that he would never thought of.

In 1987, Stefania founded the company, selling fresh truffles which came from a network of hunters that her father, Renato trusted over the years. Clients consisted of catering professionals and stores in Tuscany. Her small business gradually grew and succeeded many goals that helped in expanding onto foreign markets. Stefania has always believed that developing a close-knit team of people is the key.

As 1992 came, the company moved to another location in Castelfiorentino brought about by the strong connection with the Val d’Elsa area. It is known for its beautiful landscapes between Florence and Pisa as well as the rich art and history. Eventually, Stefania Calugi Tartufi became a 400 square meter space with larger staff and new machinery. A number of products were developed including vegetables and truffle based products. One of the company’s bestselling products – the sliced truffles – dates to the early 1990s. They have become a supplier to other businesses that uses truffles.

In 2016, after acquiring an additional space which reached a total of 1,000 square meters, modernization and renovation started including warehouses and premises as well as offices and showrooms. “Truffle Trail” started in 2017 a company within Stefania Calugi Tartufi. They have become truly an Italian excellence, recognized. It obtained the “Made in Italy’ certification award from the Institute for the Protectionof Italian Producers in 2014.

Now, the company continues to grow and aim for greater productivity.

Save this product for later
Display prices in: PHP
bottom of page