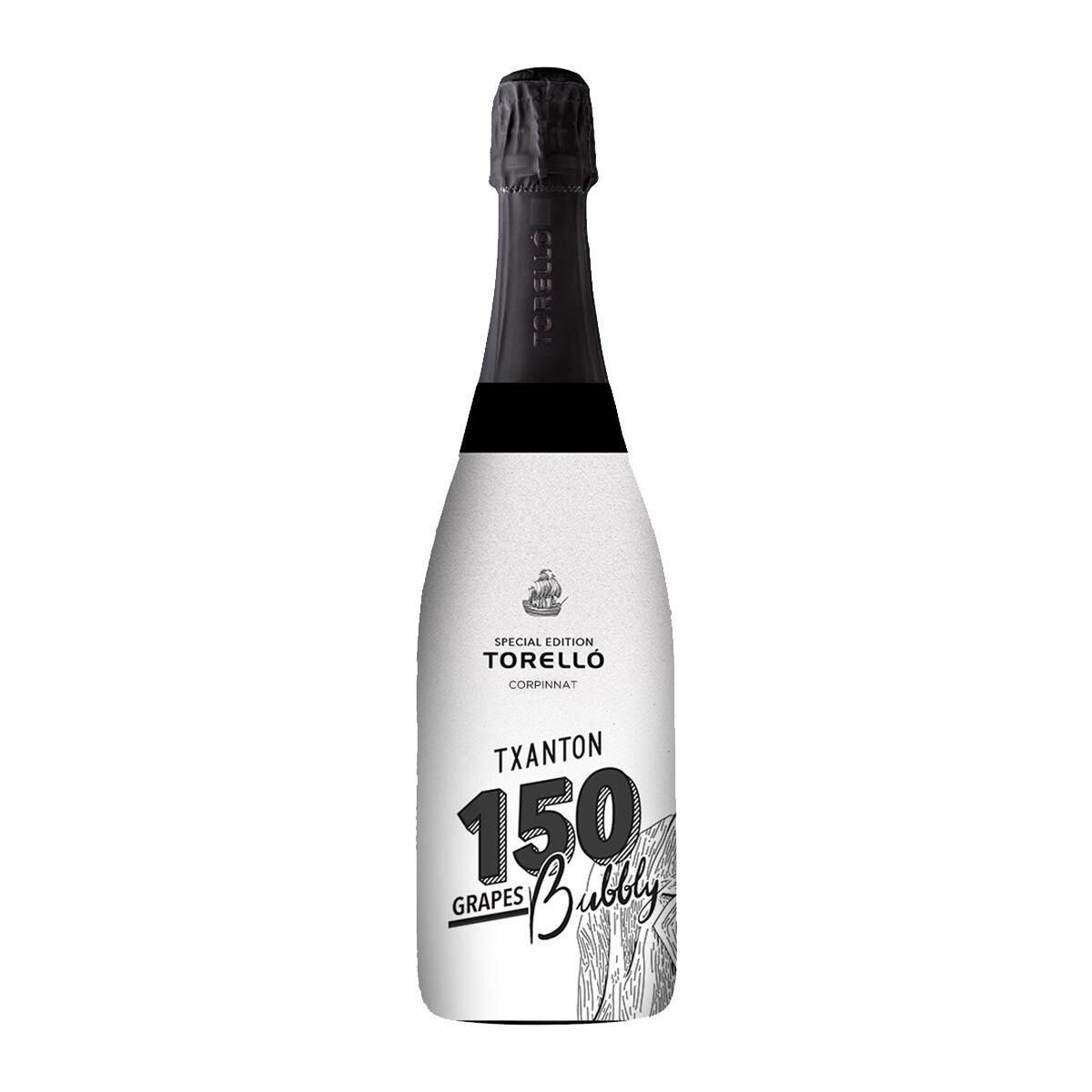 Good To Know: Though officially established in 1959, The Torello family have been living and managing the lands and vineyards of their estate for several generations (23 generations to be precise.) The oldest surviving document recording the family's history dates back to June 17, 1395 and refers to the establishment of a census by the Lord of Gelida on the Mas de la Torrevella (the current site of the estate or country houses). Can Martí de Baix and Can Martí de Dalt – lower and upper Can Martí -, in favour of the Torello family's direct ancestor Jaume Miquel, with “all its houses, buildings, fields, vines, lands, woods, allotments, honours and other possessions, waters, aqueducts, entrances and exits and all his rights and possessions belonging to the Mas now or in the future, whatsoever they may be.”

Torello Txanton 150 Grapes Bubbly Limited Edition is a lively and elegant corpinnat. Luscious notes of white peach and green apples fill the nose followed closely by hints of toasted butter and vanilla. The palate is incredibly vibrant and creamy with delectable nuances of dried apricot and wild almonds. The finish is supple and refreshing and lined with brilliant bubbles that linger on the palate.

Established in 1959, The most recent history of the estate is linked to Marc Mir, who recently celebrated his 100th death anniversary in 2004. His generosity allowed the replanting of the vines in the Penedès region after the Phylloxera plague that ravaged the region at the end of the 19th century. His merits are recognized in Sant Sadurní d’Anoia by a monument constructed in the square by the City Council and by a street perpetuating his name.