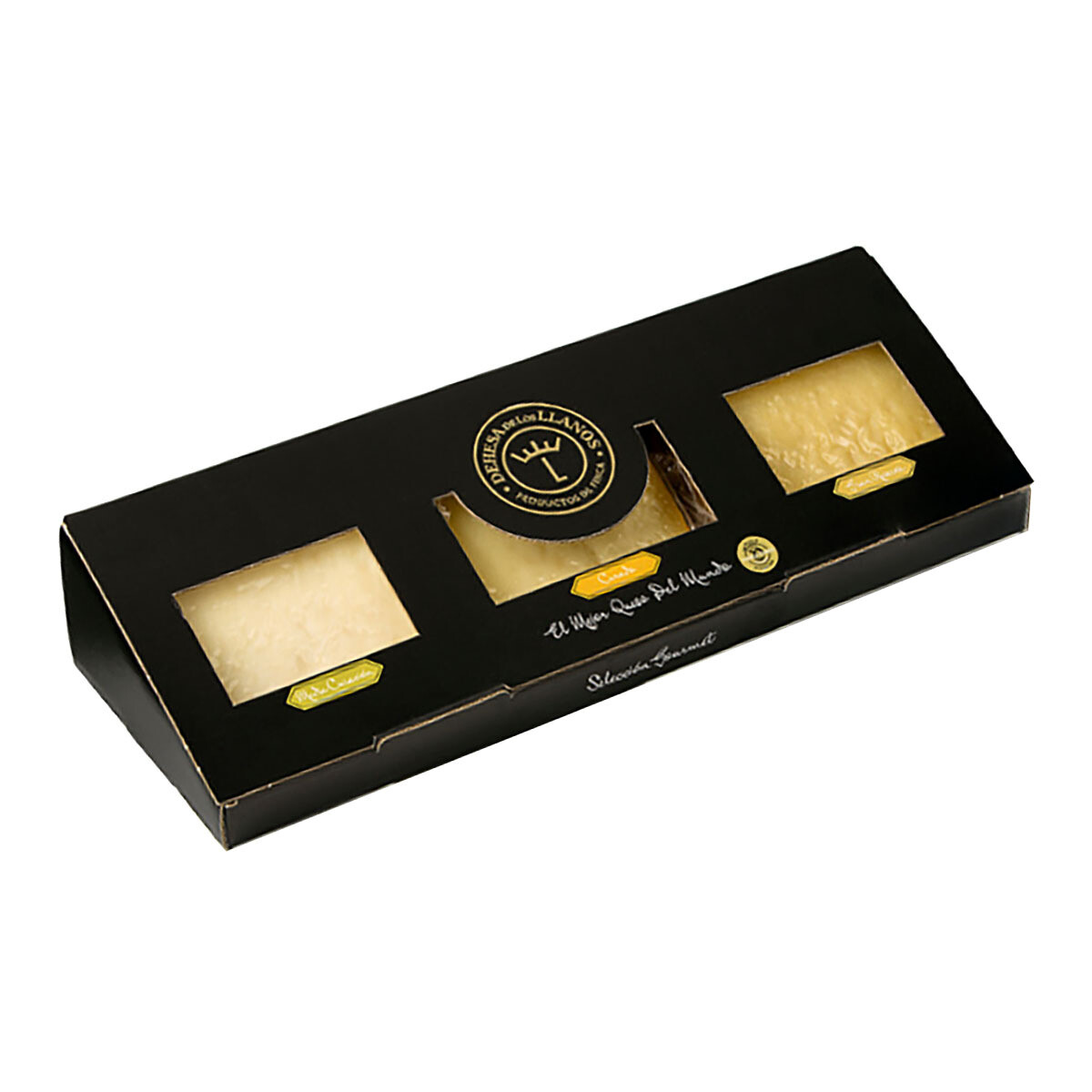 This special box contains the three types: Semi-cured, Cured and Gran Reserva.
All of which are named World's Best Cheese at the World Cheese Awards.

The Semi-cured variant has a ivory white paste which is creamy and friable texture. It has an aroma with toasted and nutty hints. This has been cured for at least 3 months.

This variant is characterized by a dark straw yellow color. It has a clean lactic aroma which is well developed, intense and has a flaky and friable texture. It has been cured for at least 6 months.

Characterized by it's very light like ivory paste, it is creamy and friable for its texture. It's aroma has a toasted nutty hint. This specific cheese was cured for at least 9 months to meet its quality.